Little Andaman Island, also known as (North Andaman Island), is one of the several islands that make up the Andaman and Nicobar archipelago, located in the Bay of Bengal near India's eastern border. The Little Andaman Island is located on the southernmost of the islands. The fourth biggest island in the archipelago, it enthusiastically embraces visitors but is relatively undeveloped in comparison to the adjacent islands.

On a natural level, the Little Andaman Island is unique, offering elongated stretches of azure waters, arrays of pristine beaches with otherworldly waves, and scenic waterfalls with clusters of picturesque hideouts. Apart from nature's abundance, Little Andaman Island is great for budget travelers who can easily find pocket-friendly meal choices along with dirt-cheap booze, not to mention sanitary inexpensive beachfront or sea-facing housing in the company of the island's friendly residents.

The indigenous people of Little Andaman are mostly Bengalis, Tamilians, and indigenous aboriginal tribes known as the Onge tribe, who have been living in the forests of Little Andaman since 1957. The Onge people's forests are situated a reasonable distance away from the tourist lures. Apart from ethnic diversity, Little Andaman is also unusual for its biodiversity, which is evenly distributed amongst thickets, deep rainforests, and extensive lengths of vibrant beaches and coral reefs teeming with marine life, including a variety of rare species of marine turtles.

The History of Little Andaman Island

One of the least inhabited of the main islands, the majority of residents are Bengalis or Tamils, with a sizable Nicobari outpost to the south of Hut Bay. You may pick our lovely Little Andaman Island sightseeing tour package to immerse yourself in the island's history since this plan includes visits to all of the island's historic landmarks.

Little Andaman Island, situated south of South Andaman Island, is about 120 kilometers from Port Blair, the territory's capital. It is part of the Little Andaman Group and is separated from the Rutland Archipelago in Great Andaman by the Duncan Passage. Hutbay in Little Andaman, which serves as the island's headquarters, also serves as the island's entrance and departure point. White Surf Waterfall, a flowing milky white sheet of water located around 65 kilometers from Hut Bay Jetty, is a wonderful picnic location surrounded by evergreen rainforest. Whisper Wave, another waterfall, is around 25 kilometers from the Hutbay Jetty, and a visit here requires a journey through the Andaman's lush jungles. One may either take a boat trip around the island waterways or go on an elephant safari. This island is gradually gaining popularity as a surfer's paradise, and there are many small resorts with surf camps that rent out equipment near Butler Bay Beach, which has great surfing conditions. It is a low-lying island covered in rainforest and home to a number of endangered sea turtle species.

The Best Way To Go To Little Andaman Island

From Port Blair: Daily government-run boats connect Port Blair to Little Andaman Island. These ferries link Port Blair's Phoenix Bay and Haddo Port to Little Andaman's Hut Bay wharf. The commuting duration is typically between 6 and 8 hours but might exceed 10 hours during inclement weather. Another alternative is to use nocturnal ferries, which often take longer than daytime boats.

It is technically prudent to get ferry tickets well in advance of the busiest season. Another alternative, which saves time but costs money, is to take the helicopter from Port Blair.

From Havelock Island: There is a 147-kilometer distance between Havelock and Little Andaman Island. You cannot go directly from Havelock to Little Andaman; you must transit via Port Blair through private boats, which take up to 90 minutes, following which you may board a ferry to Hut Bay Wharf in Little Andaman.

Suitable For Which Type of Tours

Little Andaman Island is ideal for honeymoon vacations, sightseeing tours, and adventure tours due to its stunning beaches and spectacular waterfalls. To learn more about the travel packages available for these Little Andaman Tours, please visit the following websites.

There are several ways to go about the island. Local fishing boats, rental scooters, motorcycles, rickshaws, jeeps, and buses are plentiful, and given the bus's regularity, it's rather handy.

Vi, BSNL, and Airtel seem to provide the greatest signal quality for simple voice calls. However, high-speed internet remains a pipe dream. Surfing and viewing YouTube videos on the island might be a difficulty in and of itself due to the island's isolated position.

The Andaman & Nicobar Forest Commission's Palm Grove restaurant provides superb biryanis and a variety of native dishes. Apart from that, basic native cuisine, including a wide range of seafood, is readily available in Hut Bay and other resorts such as Blue View, Jina, and Hamwa Beach.

The minimum time required to see the whole of Little Andaman Island is around five days to a week. 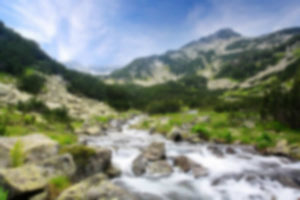 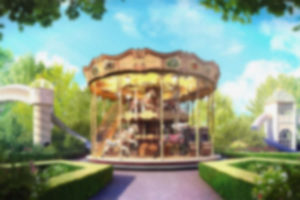 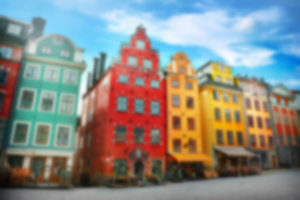 Get Best Deals on Andaman Tours. Pay via CC & DC in Easy EMI - Travel with Locals. We Are Andaman & Nicobar's local tour agency since 2010. Dismiss